" The Chronicles of Manimal and Samara, the most intriguing act of 2020? You bet. Why? "

“Because of their mesmerising way of combining music with poetry in sound and vision.

Because of the way they embed their open-minded and progressive views on political and social issues in
arresting sonic poems and sagas.

Because of the fact they introduced themselves to the world these past bizarre 12 months with
o less than seven remarkable singles.

- TURN UP THE VOLUME!

ABOUT THE CHRONICLES OF MANIMAL AND SAMARA

THE CHRONICLES OF MANIMAL AND SAMARA

Hailed as “pioneers of a new form of expression” through the performance of poetry in music, The Chronicles of Manimal and Samara (TCOMAS) are a UK-based duo comprising Daphne Ang (Singapore) and Andrea Papi (Italy) who came together in London in early 2020 to record their debut album, Full Spectrum, which they released on 26 February 2021.

The duo draws inspiration from many sources stemming from Tool through to Kraftwerk and Russian Circles, as well as absorbing the poetry of Virginia Woolf and Jim Morrison in their lyrics and ‘poetry performance’. TCOMAS's music strives to fill a gap in music by bringing literature and history together into an arena where rock and metal meets electronica.Their musical and lyrical themes are very much rooted in the duo’s interests in classical literature and theatre, as well as in the fields of philosophy, history, and psychology.

Since their inception at the start of 2020, TCOMAS have managed to establish themselves as a formidable collaborative. To date, the duo have successfully produced seven very well-received music videos and singles, as well as unveiling their debut album, Full Spectrum. The band’s sixth single, Love in the Time of Pestilence, also graced many playlists including Spotify official playlist: Progressive Metal and The oTHERS,  consecrating the new band’s music with “the most innovative and forward thinking metal of today”.

The pair are already laying down plans for their sophomore album, which is due to arrive in 2022. The record is an invigorating expression of sheer outrage enflamed by the current global crisis. The new album reveals a more aggressive side of the band. Recorded this year at TCOMAS’ studio in Camden Town, London, the record is loaded with politically charged and satirical themes with lyrical content petitioning listeners to open their eyes to the grim realities of modern society and the darkness of human nature. Indicative of the duo’s incoming album, TCOMAS’s latest single, "Count The Dead", is a stark and brutal attack against world leaders and their gross neglect.

Trust No Leaders, the second studio album of The Chronicles of Manimal and Samara is expected to be released in 2022.

“Our wide coverage of musical genres is not coincidental, but with the intent and aim of taking listeners through the full spectrum of human experience – some tracks offer dark and grim reminders of mortality and the human condition, while others offer messages of hope and declarations of love – covering the full range of human emotion. Also, some recall stories of creation, while others imagine the world at its end….”

— Interview with FEMMETAL – GODDESSES OF METAL

“Creating the video is for us a very important stage in the making of meaning in our music. The moving image really provides a suitable medium to consolidate and crystallise the message imbued in the music and lyrics. That’s why we always create a video to accompany each song as we feel that it really completes the full picture.”

THE CHRONICLES OF MANIMAL AND SAMARA ARE: 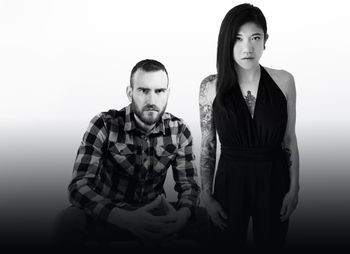 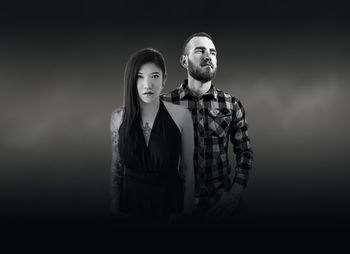 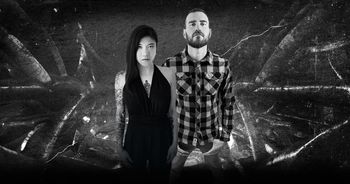